Going Ivy co-founder and CEO Erin Goodnow is widely recognized as one of the leading experts on college admissions in the country. She has helped students gain admission to every Ivy League university and top-ranked college in the country countless times over.

Erin’s admissions expertise has made her a go-to source for the national media. She regularly provides commentary and analysis on college admissions trends, insights and tips for major media outlets like U.S. News & World Report, the Washington Post, Forbes, NBC News, ABC News and more. When it comes to college applications, Erin understands the power of telling a compelling, unique story that will move admissions officers. Before founding Going Ivy in 2009, Erin was a journalist and editor for a major US newspaper and several magazines. Erin uses the skills she gained writing and editing feature stories directly into communicating her students’ strengths to admissions officers in surprising, creative and sometimes unconventional ways.

Erin earned her bachelor’s degree from the Honors Program at Santa Clara University. She went on to earn a master’s degree from the U.S. News and World Report #1 ranked journalism school in the country, the University of Missouri at Columbia. She has also completed UCLA’s post-master’s certificate program in College Counseling. Erin devotes countless hours to pro-bono work and community service. She takes the skills she has gained at Going Ivy and donates them to underserved members of the community who could not otherwise afford her services. 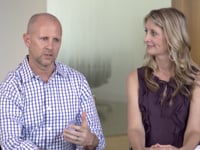 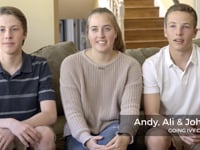